What with house hunting and a very wet summer (it’s felt like every weekend has rained), I have neglected my 30 Before 30 challenge. For those that are joining us late, I set myself the challenge of doing 30 different walks in the countryside before my 30th birthday. Living in northern Lancashire, we often escape to the Lake District, but I felt that we tend to find ourselves doing the same walks again and again.

So, over the last 5 months I have done 11 walks (including today’s), most of which are new to me and I’ve never done before. My hubby and our little girl have joined me for these walks, as well as a mixture of friends. I am hoping for a drier September, so I can get a few more done before winter and ice set in.

Last night I was researching for our walk today, thinking we might head somewhere in the Trough of Bowland. Instead though, I thought about the hill we drive past each and every time we head to the Lake District. Each time I wonder what it’s called, and how long it would take. And so, before bed I found the name and a suitable route for an overcast Sunday morning.

Now, we wouldn’t normally go walking on a Sunday until after church, so today I took my bible. We parked on the roadside in Holme, and set off along the Lancaster-Kendal canal.

It was a little moist underfoot, and there was some unscheduled rain. We wondered if we might be making the worst mistake, as only 1/3 of us had a waterproof (me), but we pressed on and we are glad we did as the rain soon subsided. After meandering down the canal for a short while, we crossed a field, marvelled at the size of motorway signs and crossed the busy M6 to reach the hamlet of Farleton. 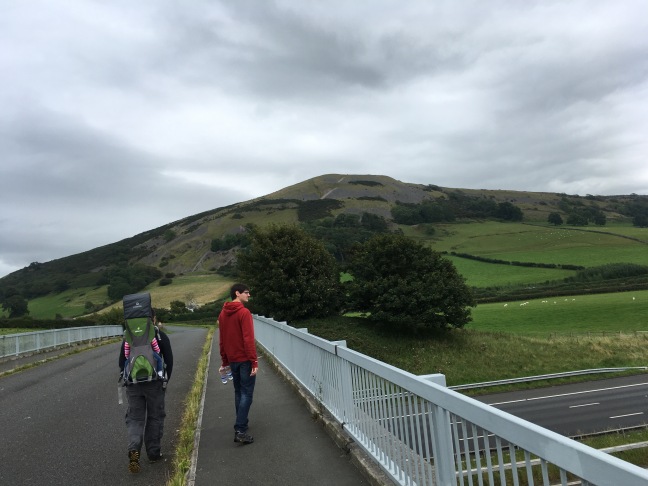 Then started our ascent, which was very steep from the start. After a short while we entered what my route map describes accurately as the jungle; a long, steep climb zigzagging through thick gorse bushes. After what felt like an age, we came out of this mass of bushes to realise that we had climbed very high, very quickly. 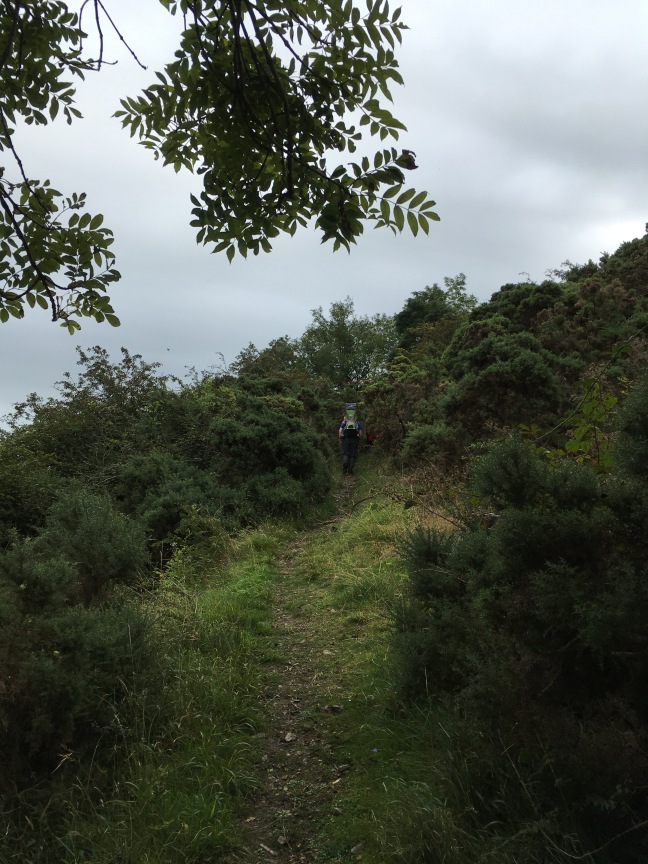 Once we had emerged from the jungle, we had a short climb up a scree slope before climbing the final grassy part of Farleton Fell. One member of the party joked, “Is that the top? Or is it a fake top like Winder?” It seems, when climbing mountains, that sometimes you think you are near the top when suddenly you realise that you’re only half way there. Thankfully, that wasn’t the case today.

We came to a grassy plateau, from which we had extensive views across Morecambe Bay and the Howgill Fells. When we reached the summit cairn that is Farleton Knott, we could even see the Ashton Memorial which stands in Williamsons Park in our hometown. I imagine the views would be even more striking on a clear day. 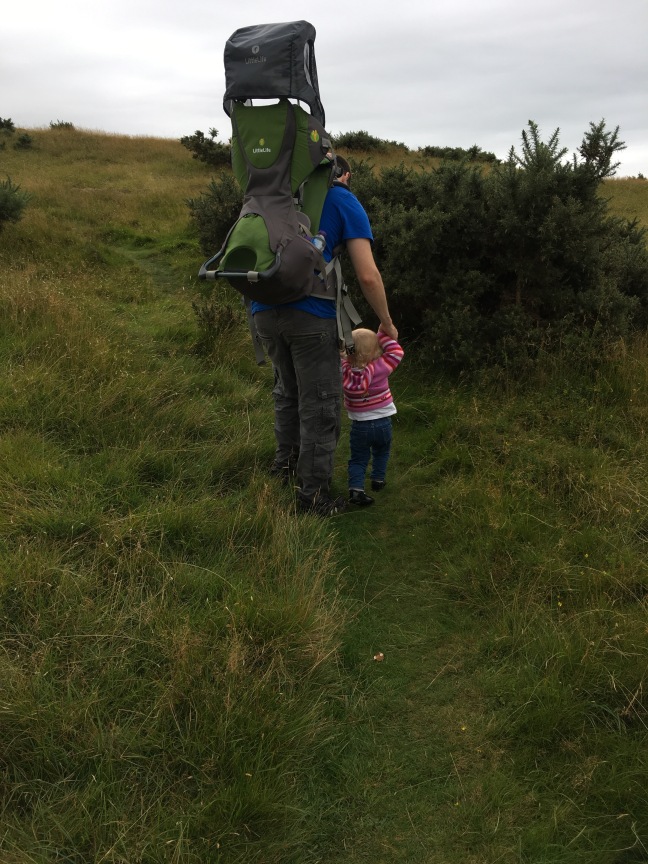 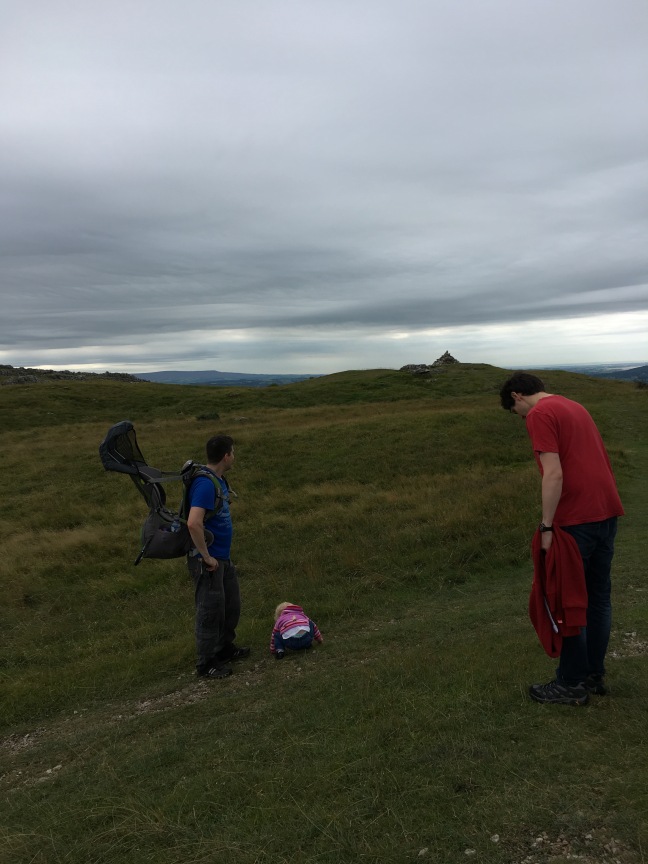 Once we’d taken in the views, I read a short passage from 1 Peter in the Bible and then we sang. We sang Amazing Grace and 10,000 Reasons rather heartily, full with improvised drums and harmonies. Wonderful! The sky was intensely dramatic, and we enjoyed our short time at the top. 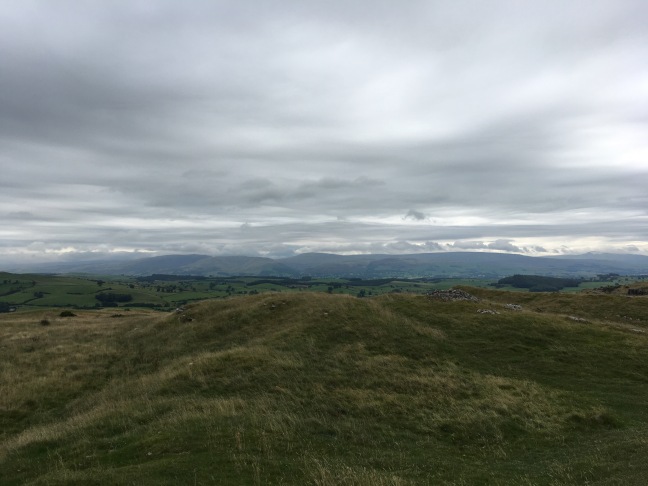 Because of the time, we took a shorter route back than described in the guide, and came through Holme Park Fell. The descent was very gentle, and we meandered slowly back towards the car.

I’d highly recommend this walk, via a slightly different route, as the views and limestone crags are amazing. As I said earlier, on a clear day the views will be hard to beat: you can even see Ingleborough, which I’ll be walking up soon. At 255ms (836ft) elevation, it is taller than Black Crag which was one of my earlier walks, but still 650ms (2400ft) short of Scafell Pike which I hope to do as my 30th walk near (or on) my 30th birthday.

One of the best things about these walks has been discovering new places to eat. Today was no different, as we found ourselves eating at a delightful country pub: The Plough, Lupton. We enjoyed sharing a baked Camembert between us, and then I had a roast beef dinner. Perfect!